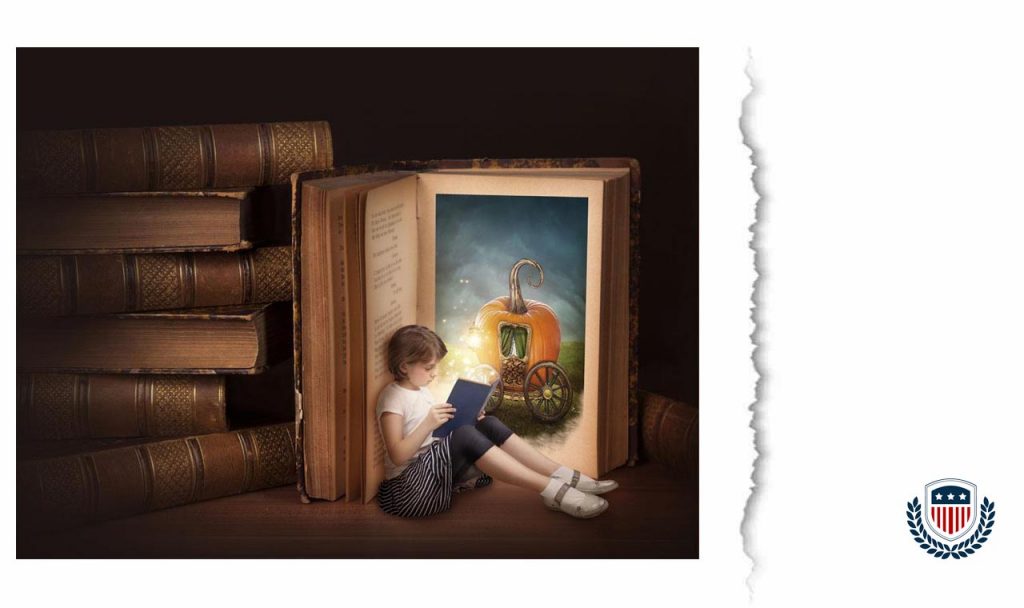 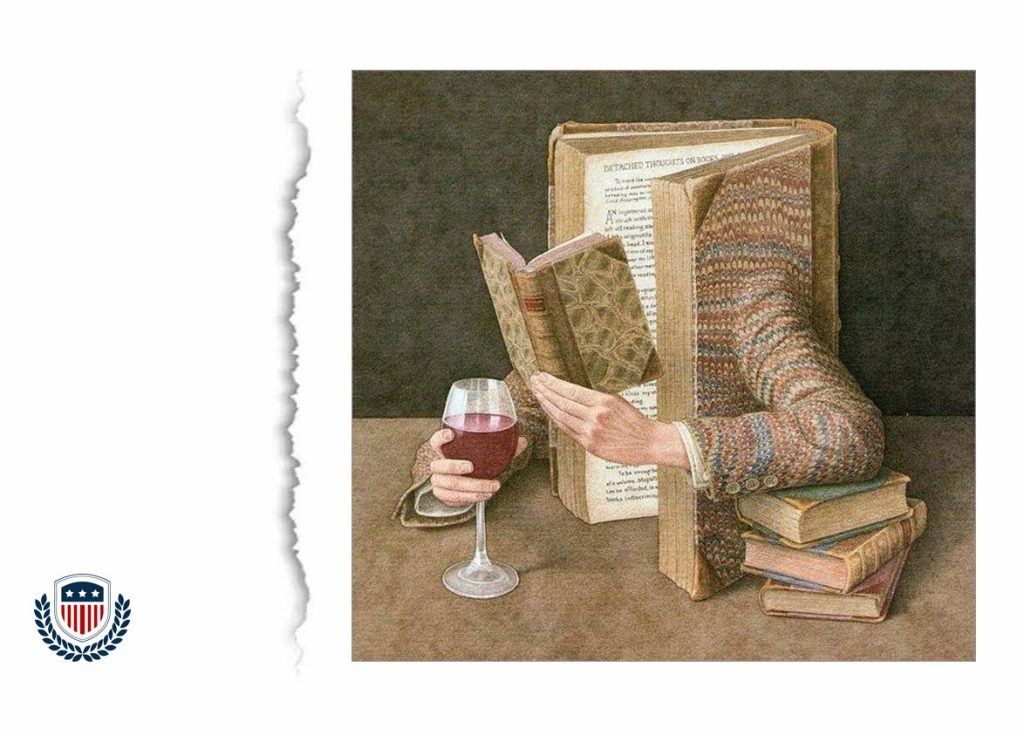 《Charlie and the chocolate factory》

I finished a book called <>.It talked about a story between a boy called Charlie and his family and a men called Willy Wonka and his chocolate factory.

Charlie lived in a poor family, but he lived happily because of the warmth of family. And a great chocolate maker—Willy Wonka, found a white hair on his head, so he wanted to find a good man who can take his job after he is old. He put five golden tickets into his chocolate bar and announced: The person who gets the golden ticket can visit his factory. Charlie got one of the golden tickets and went to the factory with other 4 kids from different family. Wonka took them looked around the factory. But, there were some test on the way, other kids failed because of their bad personality, only Charlie survived so Wonka decided to let him took the factory. But, Wonka said Charlie must stay away from his family. Charlie rejected Wonka’s invitation and went home because he knew how important is family is. But after that, Charlie found that Wonka didn’t know how important is family is, because he went out of home very early so he got the success of making chocolates. So Charlie visit Wonka’s father with Wonka, and Wonka finally knew the importance of family and moved Charlie and his family’s house into the factory so Charlie can stay with his family!

After reading this book, I understand more, such as a good personality can get you lots of things, being poor is nothing at all, you can still be great. And family is the most important thing in the world.

Charlie and the Chocolate Factory is a story. When I was a child, I watched this movie. Now I read it again.

This story was about a boy called Charlie, and he was a lucky boy. Charlie was very poor and lived with his parents and grandparents. One day, Mr. Wonka had the greatest chocolate factory in the village and told the children to visit his factory in the world. How lucky Charlie was! He was one of five kids who can visit chocolate factory, so cool! After visiting Mr. Wonka’s chocolate factory, Mr. Wonka was touched by Charlie. He thought Charlie was a kind, honest and smart boy. Therefore, he promised to Charlie that when he grew into a adult, he would gave his factory to him.

Charlie and the Chocolate Factory was a good story. It praises kindness, integrity and hope. This story tells us that you need to be hopeful about your future. If you have hope and pursue your dream, your dream will come true one day.

《Impression ofCharlie and the chocolate factory》

This book is about Charlie and five lucky children’s lottery. They can go to mysterious chocolate factory. Five children came here—no one lives there for fifteen years. They take part in this adventure. The factory has lots of chocolate and milk. Other children are not blocking the temptation. Finally only Charlie insisted in it. At the end Charlie make Wonka understand the value of affection .In the end, Charlie and Wonka’s family live a happy life in the Chocolate factory.

Charlie told we must good at thinking. Not like other children, because its weak in thinking in a wealthy family, self righteous. They were all defeated by their vanity. They always fail such as that. So, we have to learn from Charlie, kind and modest.

Charlie also is a very loving person. He loves himself and loves his family, and he can give up his favorite factory for his family. He was a grateful person that he thanks for everything .So he was very happiness.

Charlie and the Chocolate factory is a good book. It is useful like a teacher, it tell us some principle, it grows with us.

The book speaks Charlie Barker lives with his parents, grandparents. They are very poor. One lucky, Charlie and four other children have access to the world largest factory—Chocolate factory. The chocolate factory have chocolate falls, brown syrup, chewing gum, and milk sugar. All the workers in the factory were not resist the temptation, but Charlie insisted that the factory in the end, Willy Wankoa decided to give the chocolate factory to Charlie, but Wileg doesn’t let Charlie and his family live in the factory. Charlie refused for his family, Finally Charlie lets know the value of family and Charlie Wanko and one family had moved to the factory, living together. I think Charlie is very brave, smart and warm-hearted and helpful.

He didn’t fail, because of temptation. do you like this book?

《The reaction to<Charlie And The Chocolate Factory>》

《Charlie And The Chocolate Factory》is about a boy named Charlie Bucket and a chocolate factory. Charlie lived with his parents and his grandparents. They were very poor. But little Charlie was still very happy in every day. Once Charlie had a chance to visit the largest chocolate factory in the world with other four lucky kids. The factory had the Chocolate falls, Brown syrup River, Chewing gum Grassland and Milk sugar mountain. And the workers in factory were all dwarf, they were all chocolate lovers, too. The other kids were don’t turn back the temptation. At last, was only Charlie completed this journey. The owner of the factory Willy Wonka wanted to give the chocolate factory to the Charlie, but Charlie will not live with his family if he has this chocolate factory. So he refused Mr. Wonka . Finally, Charlie made Wonka know how the valuable of family. Then, Wonka and his father and the Charlie family lived together.

My favourite character in this book is Charlie. In this book, the other four children are all have many shortcomings, like Augustus’s greediness, Veruca’s caprice, Violet only cares about her booty and Mike doesn’t like learning. These are all our faults. In the end, they were all not have a good ending. But Charlie is kind and sensible. He respects his elders and cherish his family affection. He isn’t opinionated and selfish.

He can share his favourite chocolate to other people to taste. If I am Charlie, maybe I will hesitate to share the chocolate to other people. In fact, Charlie can leave his poor family to has the largest chocolate factory in the world. But he didn’t do it. He chose to give up to get the factory and live with his family. In this point we can know Charlie’s filial piety and sensible. He is really worthy for us learning.

I love this book. It is a good book for us to read.

I really like this book, because it tells me how to be a good child. This book is write about Willy Wonka’s Famous Chocolate Factory is opening at last! But only five lucky children will be allowed inside, But only Charlie won the grand prix. The grand prix is the Mr. Willy Wonka’s chocolate factory. At last Charlie’s family are all live in the Mr. Willy Wonka’s Chocolate Factory. In the book, the four chirdren are all have a bad manner, so they can’t won the grand prix. I want to be a good child. And I think Mr. Willy Wonka is very smart, because he can invented many candy, and chocolate, but why the title is chocolate Factory, not the candy factory? I want to know it. In the book there are many lyric. But the lyric is not a song, Why not sing this song. I think it will listen nice and I want to have a Oompa-Loompas man, because the Oompa-Loompas is very small , They are very hard-working and I really want to eat a Willy Wonka’s chocolate. I think it will very delicious. I want to have a house with chocolate too. But I think I can’t eat it in the one week. Candy and chocolate are good, but don’t eat too much.